Dating to the 18th century, the Chesterfield sofa has an interesting story behind it. The fourth Earl of Chesterfield, England, is said to have been the first to commission one, specifically requesting a furniture element that would allow a man to sit upright comfortably so his suit would not wrinkle.

The Chesterfield became a symbol of noble sophistication, and it hasn’t lost its intricate charm. This style is defined by its use of leather, rolled arms, a back the same height as the arms, tufting for a quilted effect and no back cushions. 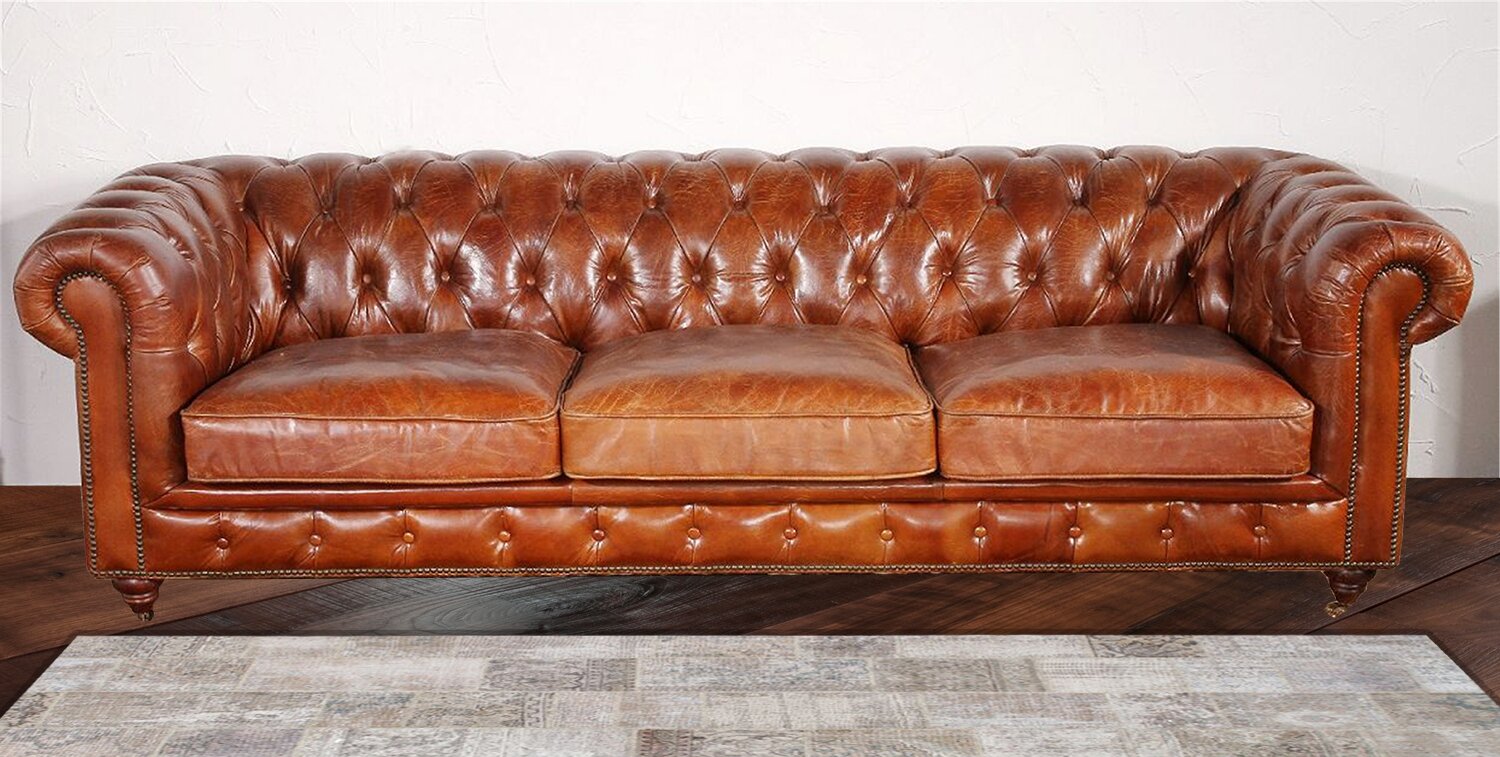 previousSectional vs. Sofa - How to Decide